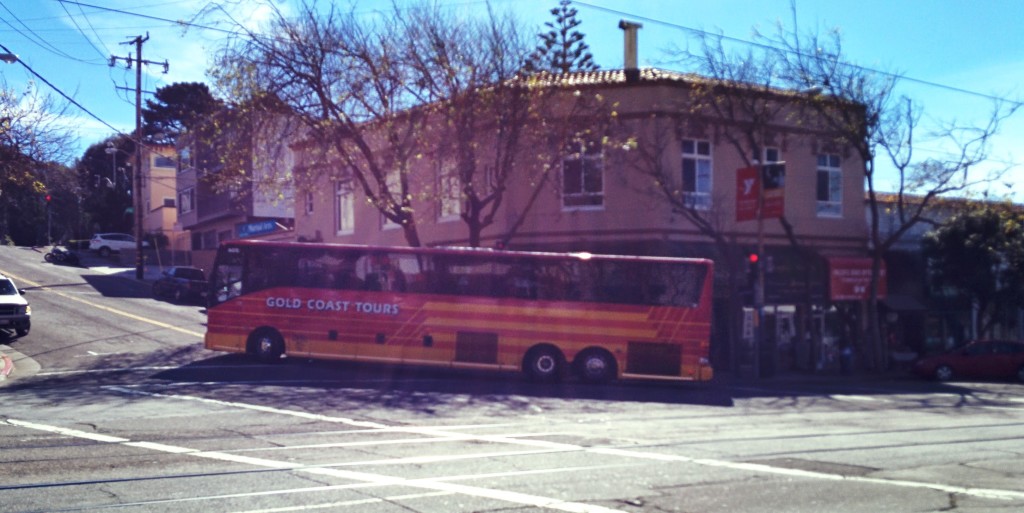 Tour Buses on West Portal?
Probably not, but certainly tourists

The Northern California Concierge Association holds a trade show every two years in downtown San Francisco. Professional concierges from all over Northern California attend to gain more information on what’s out there so they can more effectively serve their guests.

At the last show in 2013, the West Portal Merchants Association shared a table with the Castro and Upper Market Merchants to promote our respective neighborhoods. Surprisingly, there was a great deal of buzz surrounding our table. The Castro has long been an attraction and destination for visitors but what’s a “West Portal”?

Using MUNI maps to show how West Portal was a short and safe ride away from downtown many of the local (SF) hotel concierges stopped to talk about West Portal. If nothing else it was a novelty, something new. The conversations seemed reminiscent of proud parents talking about their children. The variety of local restaurants, the retail gems, being safe and friendly and a little less hectic than other parts of SF were all mentioned in explaining the charm of a very non-touristy place, ironically to attract tourists.

At the end of the four hour show it was very clear that there was a genuine interest and intrigue surrounding West Portal. With no budget or formal plan on attracting tourist not much happened with the business cards and contacts obtained after that event. The West Portal Merchant Association is volunteer based and just doesn’t have the resources to take full advantage of these opportunities.

This type of opportunity wouldn’t slip away with a CBD in place. The executive director would serve as a reference and contact for West Portal. Marketing materials could have been prepared for not only the concierges but more importantly something that could be given directly to their clients, the tourists. The proposed CBD budget allows for taking advantage of exactly this type of opportunity.

The next trade show is on April 1st. West Portal Merchants will be there again sharing a both with the Castro Merchants.

It was hard to miss the full color posters wrapped around every Muni utility pole along the entire stretch of West Portal Avenue. “Second Sundays Ocean Avenue” read the headline. If you took the time to stop and read the entire poster you would discover that a variety of events were planned for the Second Sunday of the month at various businesses on Ocean Avenue.  Even though this type of advertising is illegal and cheapens the image of West Portal it seemed to be no big deal to business owners on West Portal. I didn’t notice a single pole where these posters had been removed even though the intent was to draw away customers to shop elsewhere.

These posters state clearly, underneath the invitation to sign up for an email list, that this event is “Presented by Ocean Avenue Association” which is the Ocean Avenue CBD. Everyone should take notice. This is Ocean Avenue acting as a single entity to bring more business to their corridor. West Portal has a chance to do the same thing but the question remains, if the business and property owners will utilize the opportunity to do so or ignore it like they did with the posters. 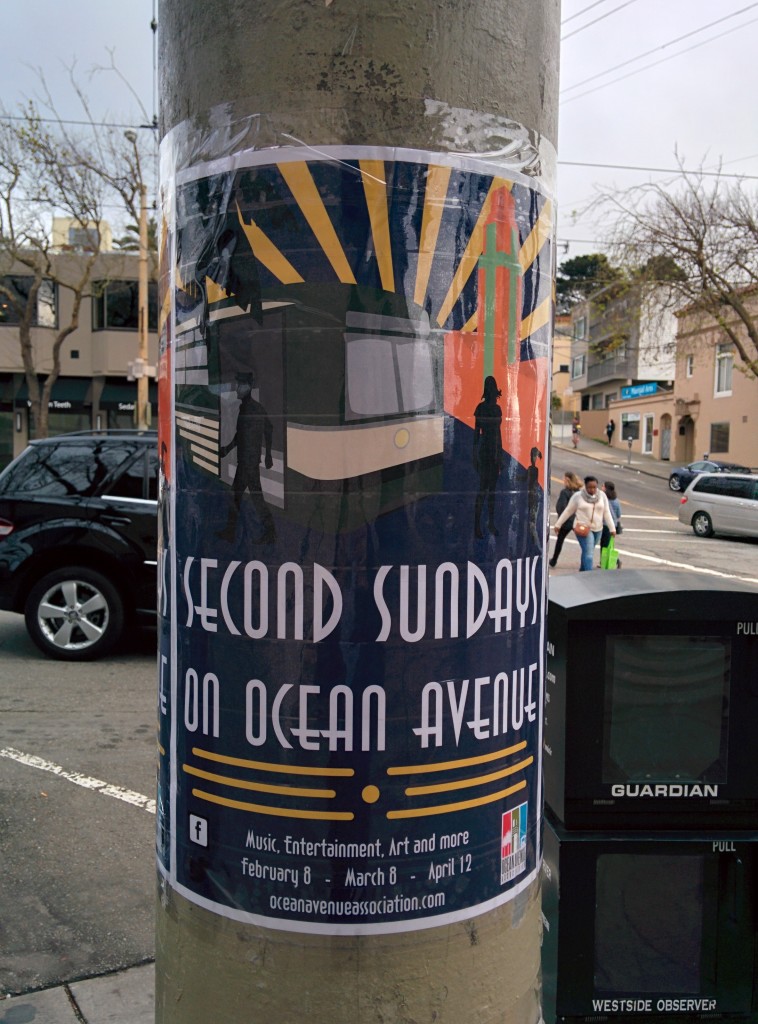 Brand new posters for the next three months of Second Sundays just went up today. I wonder how long it will be until they are removed.  As part of the West Portal CBD proposal, notices and posters like these would be removed from utility poles within a matter a days. In this case it would solve two problems at once.

Take a look at Ocean Avenue.

The West Portal CBD Draft Management Plan is ready and has been submitted to the city for review. This is the plan for the district and includes all of the important information pertaining to the district. It includes details on how the district is formed and managed as well as budget figures. Take a look, share your comments or concerns. 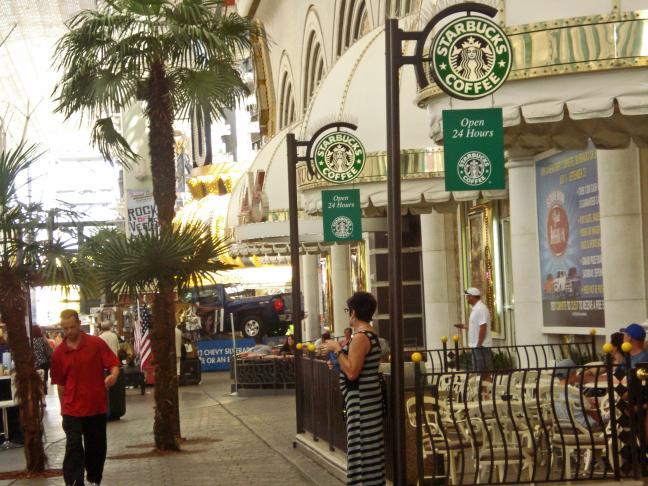 Sometimes referred to as Business Improvement Districts or BID’s, CBD’s are special assessment districts in which the participants agree to pay to receive services that will enhance the commercial neighborhood. These services are not provided by The City.

Typically these services focus primarily on cleaning and greening to make the neighborhood more attractive but also include elements of business attraction. The result of a successful CBD is a vibrant commercial corridor that brings customers to the local businesses and makes the neighboring real estate more desirable and valuable.

About the CBD Effort